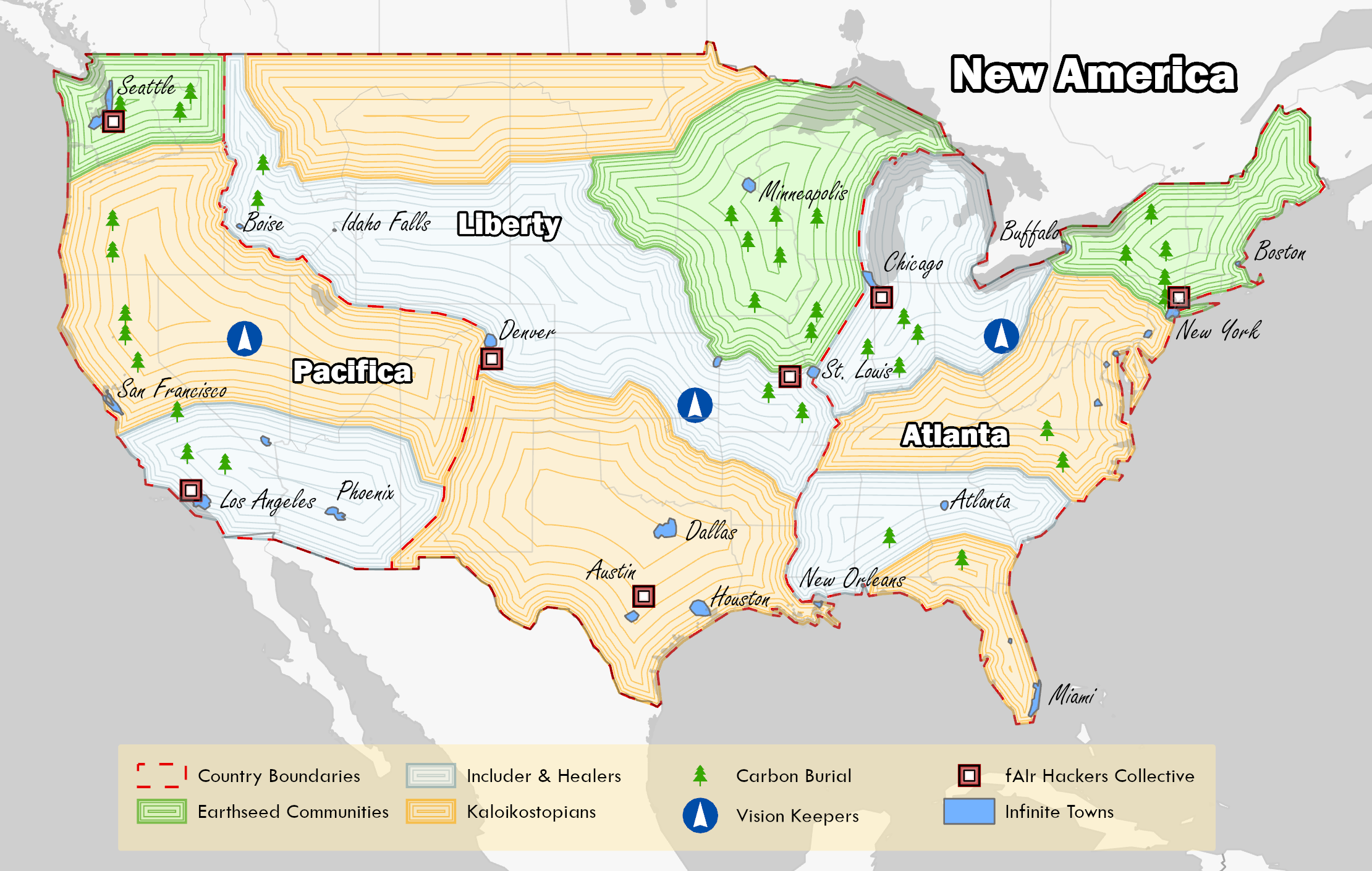 The States are broken up into three major territories. Pacifica, the western territory, people often refer to as “out west.” The central territory is named Liberty, and is often referred to as “the Basin” or “the Plains.” The eastern seaboard is officially called Atlanta, but people still call it “back east.” This is The States, the New America. Pacifica, Atlanta, and Liberty all sovereign nations, bound by history and a tenuous mutual respect. Within each nation there are sub-territories that generally follow the principles of the dominant group, but this is not a strict science.

I am an artist, magician, and geographer. Thoughts on 2030: Now the only war to be waged is a peaceful campaign to grow healthy, delicious food and teach younglings how to heal and create with the earth in New America.