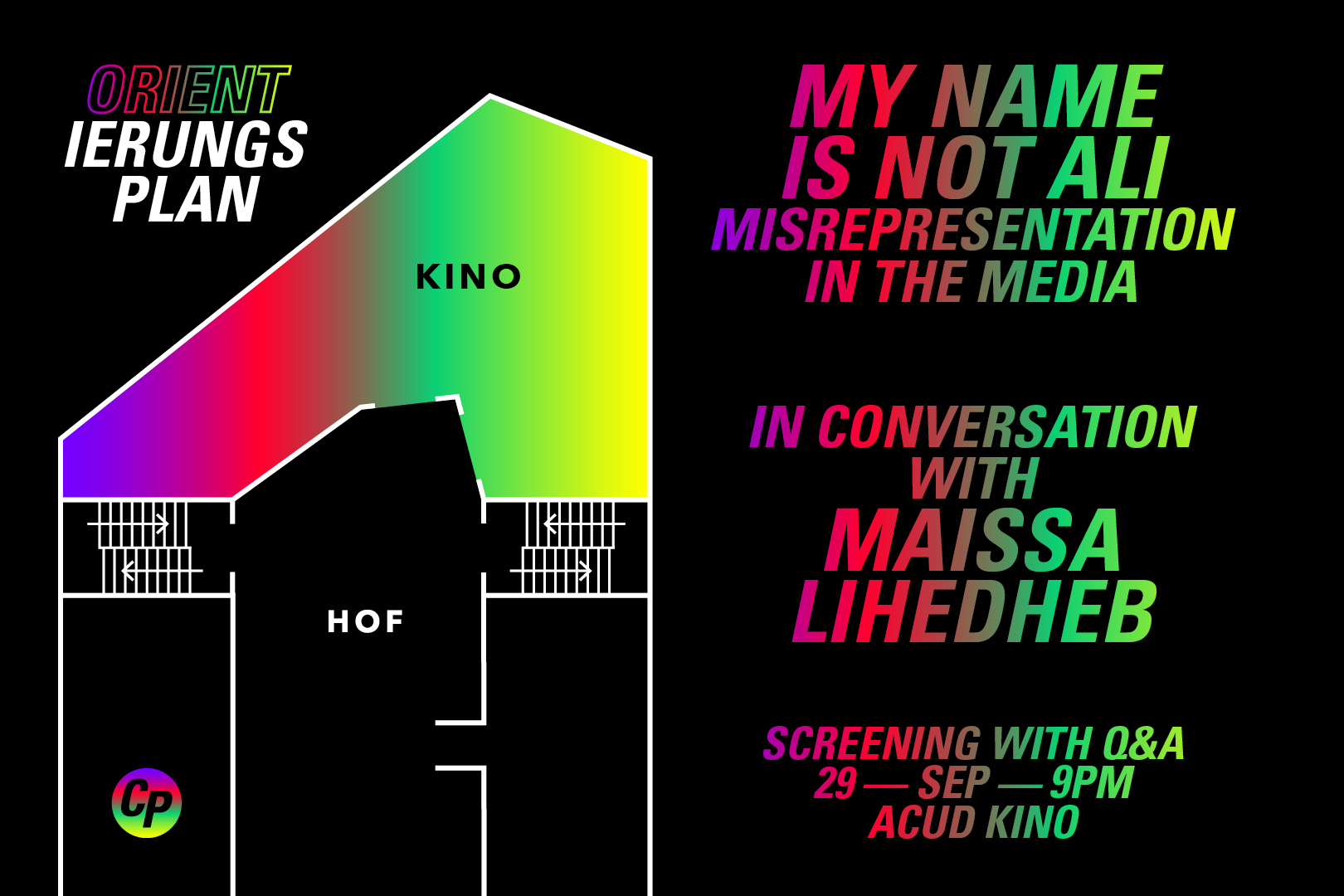 Join Tunisian-German filmmaker Maissa Lihedheb for a screening of “My Name is Not Ali”, Viola Shafik’s feature documentary exploring the story of El-Hedi Ben Salem and his collaborative experiences with Rainer Werner Fassbinder. In the post-screening discussion, Maissa will explore the question of how Ben Salem’s experiences as a North African man in Europe present a signpost for the ongoing pertinence of racism and fetishization facing North-African/Arab immigrants in Europe today – particularly within the context of Germany.

ABOUT “My Name is not Ali”

His anti-racist film Ali, Fear Eats Soul (1973) gained German director Rainer Werner Fassbinder international acclaim. The protagonist, an Arab foreign worker, was played by Moroccan El Hedi Ben Salem M’barek Mohammed Mustafa, Fassbinder’s lover at that time. While the film itself courageously deals with the racism of post-war German society, its makers reproduced the insensibility and invention of the Other, fantasizing their own ‘Salem’. Collage-like, through interviews and archive material, My Name Is Not Ali uncovers the invention of El Hedi Ben Salem by the Fassbinder troupe, an image not revised by most of its members till today.
Trailer: https://www.youtube.com/watch?v=cBMM7M1z1Do

… is a series of discussions that decentre Euro-American productions of knowledge as the norm of focus, instead opting to spotlight voices from a region regularly finding itself at the periphery of conversation: West Asia and North Africa (or MENA). Curated and chaired by Erkan Affan, ORIENTation Plan is a monthly discussion in which activists, artists and researchers living in Berlin will be invited to speak on a field in which they organize, create and work; subverting Western discursive supremacy and instead focusing on alternative productions, analyses and pedagogies of #KNOWLEDGE.The population of countries and societies belonging to the predominant Western world and culture has been summarized under the acronym WEIRD – “Western, Educated, Industrialized, Rich and Democratic” — however, the members of these WEIRD societies are among the least representative populations in the world in terms of numbers.

With its exploration called #KNOWLEDGES, the COLLECTIVE PRACTICES program puts its focus on practices that question and turn WEIRD paradigms upside down, break up and recombine them, bring together different cultural approaches to knowledge generation, and address questions such as (among others) how to critically question established hegemonic Western methods (primarily visual and discursively defined) and processes of knowledge production.