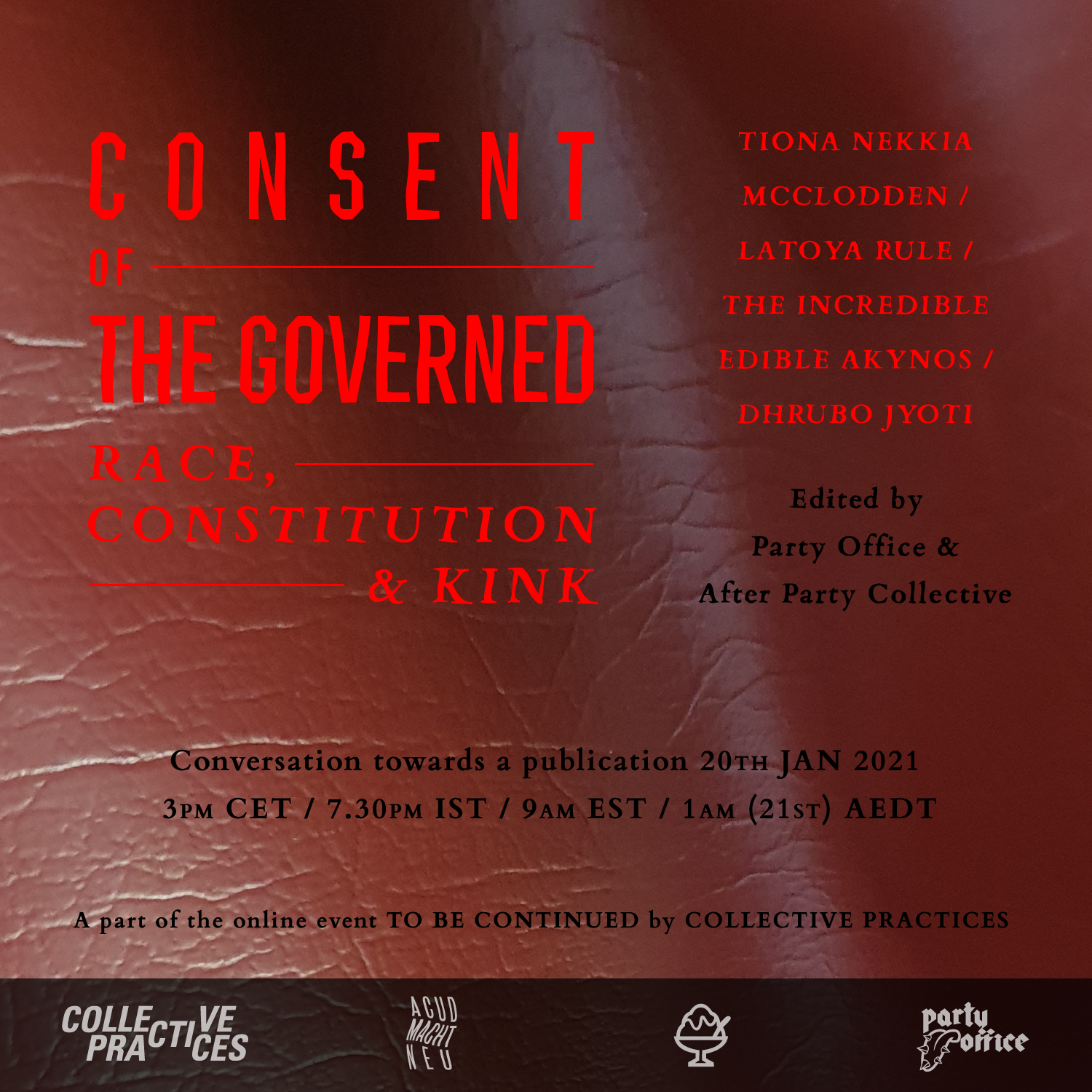 Constitution performs the role of asserting Nation state onto a land and its people. Only few fight for Nation state to be completely dismantled and to disempower the settlers. Those who find recognition within Constitution, or consider that the society has been deeply shaped by such institutions, and those whose communities have found ways to empower and affirm themselves through Constitutional rights, consider that freedom lies in judicial advocacy.

Article 21 of the UN’s 1948 Universal Declaration of Human Rights states that “The will of the people shall be the basis of the authority of the government”. If this means that the electoral vote is people’s will, then lately we’ve only been settling for “the lesser evil”, and decisions have been made without the consent of communities directly affected by them.

Conversation towards a publication. Upcoming publication in February 2021.

Latoya Rule is a queer, non-binary, Aboriginal and Maori person residing on Gadigal Land/ Sydney. They work as university educator, researcher, and are undertaking their PhD at the University of Technology, Sydney on Women and non-binary people’s fight against the murders of Aboriginal people in custody in Australia.

The Incredible, Edible, Akynos is a multi-dimensional performer stripper. Influenced by African dance, the Black diaspora, pop music and the wild womxn spirit of Sex Workers, Akynos’ work is about upending the patriarchy and setting her own terms on what it means to be a womxn in a Black body. Pronouns: Sir/hor/Sex Worker/The/Thou/Thine/Gahdess/Bitch/It/Black/King/The Vagina

Dhrubo Jyoti is Delhi-based journalist who writes on national affairs at the intersection of caste and sexuality.

After Party Collective formed by artist-curator duo Vidisha-Fadescha and Shaunak Mahbubani, acts in the intersections between curatorial and performance practices. Expanding the Party as a site for critical praxis they produce spaces of embodied thinking to create momentum towards affirmation of trans*, intersex, non-binary, gnc, and poly-gendered bodies.

Stories From the Future: storytelling and speculative thinking as tools for collective visions of carbon-neutral futures