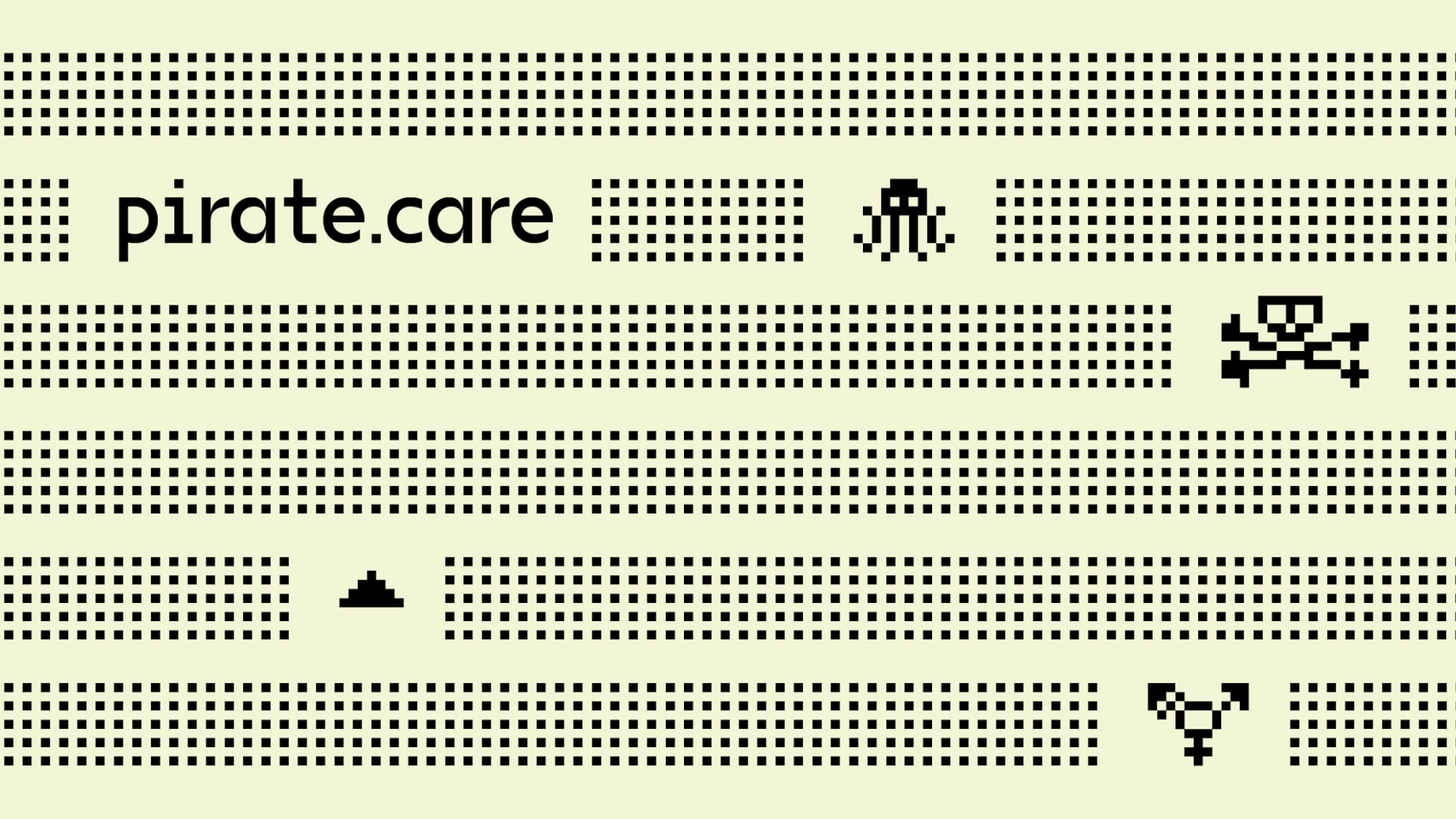 Pirate Care is a transnational research project and a network of activists, practitioners and scholars who stand against the criminalization of solidarity & for a common care infrastructure. We wish to map and connect collective practices that are emerging in response to the neoliberal “crisis of care” — a convergence of processes that include austerity, welfare cuts, rollback of reproductive rights and criminalisation of migration. In response to that denial of care, imposed by the states and the markets, practices we have called pirate care are organising to help migrants survive at sea and on land, provide pregnancy terminations where those are illegal, offer health support where institutions fail, self-organise childcare where public provision does not extend to everyone, liberate knowledge where access is denied. Crucially, they share a willingness to openly disobey laws and executive orders, and politicise that disobedience to contest the institutional status quo. Our aim is to foster collective learning processes from the situated knowledges of these practices and together with the practitioners of pirate care we have been working on a collaboratively-written Pirate Care Syllabus.

In this panel we will focus on organising solidarity amid the pandemic to support the migrant workers in agriculture and live-in care, migrants excluded from the borders of European union and tenants under the threat of eviction. Starting from there, we wish to discuss larger implications of the present moment on collective organising, as well as the societal provision of care.

Katalin Erdödi is an art worker and activist based in Vienna and Budapest, member of the Sezonieri campaign since 2017. Sezonieri

Dora is a 24/7 live-in care worker from Romania. During the Covid-19 pandemic, she mobilised alongside other colleagues and actively supported her community in staying informed and facilitating access for Romanian care workers to state financial aids. She has joined the DREPT team in summer and is since then an essential pillar in the organisational and community work.

Solidarity as a Collective Practice